Losing your Dog Is Not the Only Answer to Anxious-Aggression: Pumpkin’s Story

Back in October of 2019, I adopted a dog from a rescue organization that was doing an adoption event at my local pet supply store. I already had another dog at home, Bowie, a black Lab/Irish Wolfhound mix, whom I had adopted from a different rescue organization a year earlier, and he desperately wanted a canine friend. No matter how much time the whole family spent playing with him, he would find new ways to escape our fenced-in yard as often as possible in pursuit of other dogs walking by. So, we decided to adopt a rescue again not only to save another dog’s life but also to see if the companionship would help Bowie stay put.

At the adoption event, there were several litters of excited puppies and all the potential adopters – including my kids – were fawning over them. But there was one dog who was not at all like the others. Her coloring was different, she was bigger and older than the puppies, and she was much less enthusiastic about being there. She didn’t growl or get aggressive, but she would turn her head away from me any time I came close. She looked terribly sad and out of sorts. Of course, I brought her home.

There were red flags at the adoption event, both about the dog and the rescue organization, but I ignored them. I felt pulled to this dog that nobody else was even looking at. I worried about what would happen to her. Without so much as a reference call to our veterinarian or a thought about the fact that my family includes young children, the organization gave me the dog to take home on the spot. In fact, when I encouraged them to speak with our veterinarian first and call me the next day, they told me that I looked fine to them and actually followed me out into the parking lot to ask me to take the dog. As an experienced dog person who has lived with dogs my entire life, I knew this wasn’t a best practice. I hesitated for a moment, then, concerned about letting the dog go back to this so-called rescue, I opened the car door and let her in.

My kids named the dog Pumpkin and before too long, she settled into life with us. She and Bowie pretty quickly agreed that he’d be the boss, and they seemed to get along fine once they came to that conclusion. They had vastly different personalities, but that didn’t seem to be a problem.

But after a few months, I noticed Pumpkin getting mildly aggressive towards the staff at the boarding facility we occasionally used. She was assuaged by treats and deemed safe to board, but I was a bit unsettled. Then, she started to display a little more aggression with the tech at the veterinarian’s office and had to be medicated to complete an appointment. When people walked by or approached our house, she started losing control and would turn on Bowie. Once, when we tried to take her for a walk in the neighborhood, she completely lost it when we encountered another family walking their dog. We had to drag Pumpkin away and bring her home.

I found a trainer who said she dealt with aggressive dogs, and for many months I worked on training Pumpkin. My family figured out how to manage her to keep everyone safe. Then, unprovoked, she nearly bit my son twice in one week.

That’s when I knew I needed to make a significant change. The trainer we had worked with, concerned about liability, told us to keep Pumpkin crated and muzzled and then refused to work with us further. Everything I read suggested that Pumpkin’s aggression was not true aggression, but was anxiety-induced reactivity and that my home was the wrong environment for her. I called everyone I could think of for help, but nobody wanted to deal with an aggressive dog. The Humane Society recommended that I euthanize her before she hurt someone.

I had no intention of killing my dog, especially if her only problem was that a less than reputable rescue adopted her to the wrong family. I couldn’t find a trainer willing to take us on, so it seemed that my only option was to give her up. I called just about every rescue and sanctuary within a 100-mile radius that might be open to taking in an aggressive dog. I believed that Pumpkin would thrive in an all-adult home with lots of space to be away from children and other animals. But time and again, I was told that there was no way she could be rehomed and that I had to either keep her muzzled in a crate or euthanize her.

My family and I had many heart-wrenching conversations about Pumpkin. We rode a many months-long roller coaster trying to rehome her to save her life. Ultimately, we found Furry Friends, a CT-based rescue that was willing to work with us. Through them, we connected with an amazing trainer who understands that Pumpkin’s aggression is anxiety and breed-based (she’s an American Bulldog, and, it seems, anxiety is common for these dogs) and that, with the right training, she can safely remain a part of our family.

It has been over a year since we first started working on Pumpkin’s reactive aggression, and she is a much more relaxed dog now. She will never be the social butterfly that Bowie is, and she will never be totally tranquil, but that’s ok. She is a sweet and loving dog who just needed the right kind of help and a family to believe in her.

There are so many dogs in shelters and rescues who were given up because they were misunderstood. There are so many dogs who are euthanized because there are limited options for people trying to rehome dogs with aggression issues. Pumpkin’s story shows that it doesn’t have to be that way. Maybe not all aggressive dogs should stay in their families, especially if the aggression is not anxiety-based, but there needs to be more and better options for families faced with this gut-wrenching problem than to either kill their dog or take their chances.

Pumpkin and I were lucky to finally connect with the right trainer and rescue organization. We are working together now to help Pumpkin have a wonderful and safe life as a member of our family in her forever home.

Read Next
Emotional Wellness in Pets
Back to Blog 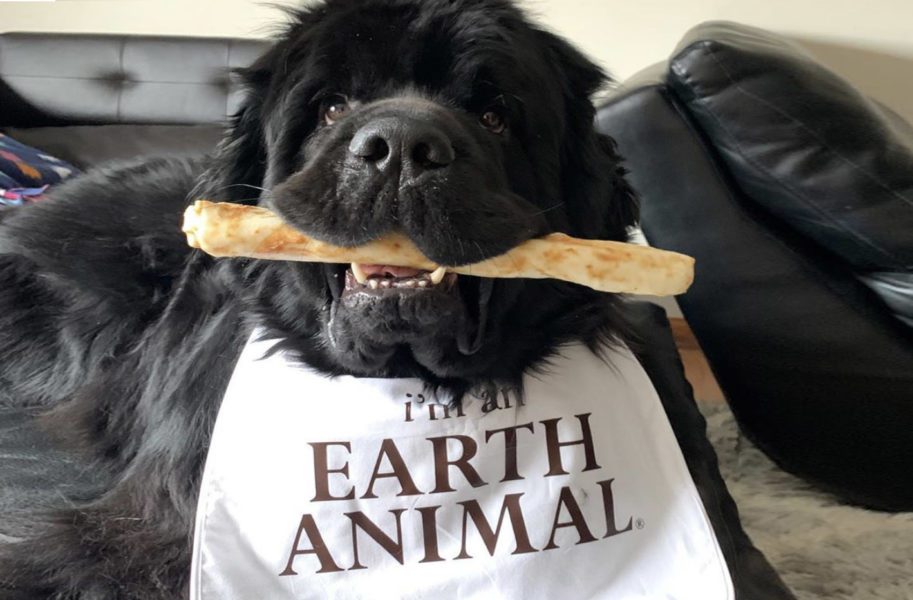