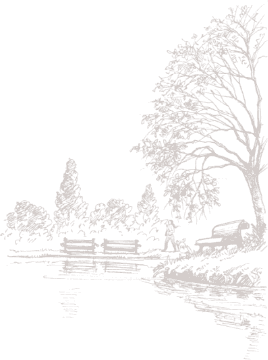 Removing carbon from the atmosphere and supporting carbon-based agriculture

It’s no secret that the Earth is warming and that we have reached a critical time in the health of our planet. We must work together to solve the problem of climate change if we are to have a livable planet for the next generation. At Earth Animal, we are passionate about doing our part to protect our beautiful planet, which is why we just removed 232 tons of carbon though Nori Regenerative Carbon Removal Program.

Despite our best efforts and intentions, it is impossible in today’s world to run a business like Earth Animal – or even just live in society – without contributing somewhat to climate change. While we work hard every day to ensure that our products are sustainably made, the reality is that we have to package products, ship products, attend conferences and trade shows, and just keep the lights on in our offices. All of these activities necessarily result in some level of carbon emissions.

Carbon that enters the atmosphere from human activity is a primary driver of climate change. People produce excess amounts of carbon through activities like energy production, transportation, and non-sustainable farming practices. Human-created carbon emissions account for more than 80% of the gases that get trapped in the atmosphere and create the greenhouse effect that is warming the planet. This is why reducing carbon emissions is so important.

But there are well over a trillion tons of carbon already trapped in the atmosphere, so just reducing new carbon emissions isn’t enough to solve the climate crisis. We have to remove at least 1.5 trillion tons of the carbon that is already there in order to save our planet from the devastation of climate change.

The Nori Carbon Removal Marketplace makes it possible to actually remove some of the carbon in the atmosphere by partnering with farmers who implement practices that improve the rate that CO2 is removed from the atmosphere and converted to plant material. Carbon farming removes carbon dioxide from the air and sequesters it in the soil through such agricultural practices as using compost for mulch rather than just discarding leftover biomass, growing cover crops during winter instead of leaving the farmland empty, avoiding chemical fertilizers, tilling, pesticides, using surface flood irrigation practices, and diversifying plantings. Nori connects those of us wanting to offset our carbon emissions with farmers wanting to employ carbon farming practices.

For only $15 per Nori Carbon Removal Ton, a buyer can remove one ton of carbon from the atmosphere and store it for at least ten years. Nori estimates that the average American emits 16 tons of carbon every year. So, $240 will offset the average American’s carbon emissions for an entire year, removing 16 tons of carbon from the atmosphere and sequestering it in the ground for ten years or more. This is an easy and affordable way to help ensure that our planet has a future.

By focusing our efforts on minimizing our carbon footprint and then utilizing the Nori Carbon Removal Marketplace to offset what carbon we can’t help but produce, we are working to reverse climate change and keep our planet beautiful and healthy for generations to come.

Read Next
You Are Our Greatest Gift
Back to Blog